OUR CAMPAIGNS
ALL ARTICLES

This September, in partnership with FOUR PAWS UK, we're looking at how animals have been a source of survival, commodification and inspiration in fashion and how the industry must become kinder.

Animals are essential to sustaining the balance of nature through biodiversity. Whilst we are often in awe of animals, throughout history, they’ve also been a source of survival and arguably exploitation. The earliest use of animals in clothing dates back to prehistoric times where cavemen wore simple outfits made from the hides and skins of animals for protection. In the 21st century and this is still the case for many indigenous tribes worldwide, who live in balance with nature by only using what is needed for survival.

In Westernised fashion systems, animals are both a commodity and source of inspiration across the industry. Natural animal fibres offer benefits like being biodegradable. However, there’s growing concern about the ethics surrounding how such fibres are sourced, highlighted by the anti-fur and vegan fashion movement of recent decades.

From a design perspective, animal prints frequently appear on catwalks and in collections. Leopard print, to zebra, to snakeskin, this trend, noticeably, does not seem to fade and is still ruling the fashion world. Whether for survival, commodification or inspiration, the presence of animals in fashion is as historic as the concept of fashion itself.

Are we to Blame for the Ethics Around Fast Fashion?

And what we can do to be informed whilst being sustainable In recent years, I and many other consumers have been questioning whether we...
cherielee0

Fear The Fur: The Depiction Of Fur In Fictional Media

In light of Disney’s recent release of the live-action film, Cruella (2021), I think it’s safe to say that animal fashion remains...
Nicola Clarke

Animal Print: Is it Reinforcing our Dominance Over Nature?

Nothing says ‘power’ more than animal print We’ve all seen that person dressed head-to-toe in animal print, asserting their dominance in...
valine18

Is synthetic the way forward

As human beings it is good to be consciously aware as to what is happening around us, particularly with the wearing of animal furs and...
poppylcarter99

Indigenous Fashion and Veganism: Why Vegan Activists are Wrong to Target Indigenous Use of Animals

Indigenous people are distinct populations of people relative to the dominant post-colonial culture of their country. They have their...
emoorey

Humanity is well aware of the fashion and textile industry's environmental impact at this point in time. In the last few decades, the...
steffenklitgaard

From Fashion in Fish to Fish in Fashion

Lockdown is over. Restaurants are open once again. You and your friends are heading to your favourite restaurant. You are wearing that...
ryanpdees

Leather, Fur & a Lot of History. The problem with Animal-Fashion.

A tale as old as time Archaeological evidence dates humankind’s relationship with animal products and hide as far back as the Paleolithic...

Animal-Free Alternatives to Leather: How do they Compare?

Over the last few years, we have watched the world change before our eyes as veganism grew from a passing trend into a global movement....
gdisidi

The Influence of Animal Print

Many things have gone in and out of fashion throughout time. In fact, whatever your parents, or even your grandparents, wore when they...

Cows Skinned Alive for Leather - Is That Blood on Your Shoes?

Undoubtedly, animals have been incorporated within the fashion world in multiple aspects, where the inspiration of animals within fashion...

"When we stare this deeply into nature's eyes, it takes our breath away, and in a good way, it bursts our bubble. We realise that all our...
Alice Gilchrist-Miller

Veganism in Vogue: The Rise of Animal-Free Fashion

Veganism: love it or hate it, it seems to be something everyone has a strong opinion about. Thanks to celebrity support, environmentalist...

The Claws Are Out! Explore Wildlife Inspired Fashion

The prehistoric runway We know that dogs have been man's best friend since the beginning of time, but how about being our source of...

Do You Love Animals? Then Quit Fast Fashion

Fast fashion is everywhere and it's gained a lot of popularity over the last 20 years. It's very fun and convenient to shop for new...
Shrishti Maharajsingh

We co-exist on this planet with a beautiful abundance of animals in all shapes and sizes. Animals are essential to sustaining the...
tomasjhood

Lessons from Nature: How Biomimicry Can Reduce Fashion's Ecological Footprint

It’s no secret that fashion leaves a significant ecological footprint on the planet; The fashion industry is responsible for 10% of...

The Bloody Jungle That is Animal Fashion

CW: Mention of animal cruelty and death. Animals have had a long history of being present in the fashion world. Originating from the...

The Torturous Timeline of Animals Used as Fabric

Mankind used animal skin for survival before the invention of faux fur garments. Animals have been used for their skin and fur to produce...
priyan195

Animals - The Impact and Influence Towards Fashion

One of the main reasons animals are routinely killed is due to the rise in demand for certain material that has become a staple to wear....

Tanneries: The Reality Of Animal (Mis)Treatment

CW: This article discusses topics of animal abuse which could be distressing to some readers. Aristotle, the Greek philosopher, argued...
sademajek14

Nature, the environment, and climate change have recently been at the forefront of many political debates, concerning the fashion...
Morgan Smith

Rethinking Designer: Has Hermes Reached the End of Its Exotic Skin Era

Since the dawn of time, when cavemen skinned and dressed in buffalo, animals have been a central muse within clothing and fashion. Fast...

The Evolution of Fashion's Most Powerful Print

Fashion's most powerful print; the leopard. Worn by pharaohs, royalty, movie starts, models and celebrities, this print has remained a... 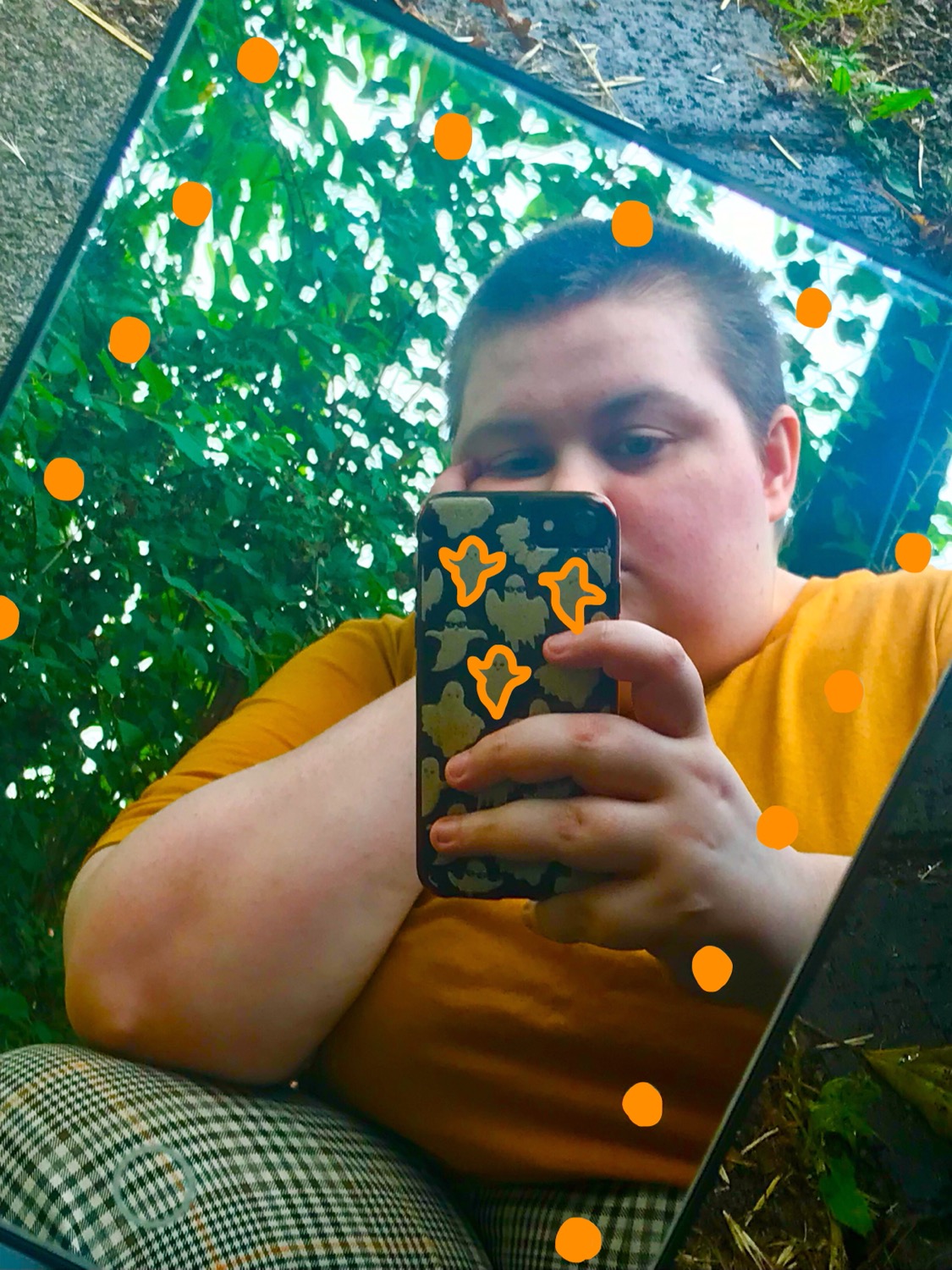 Move over Kim Kardashian-West, there’s a new dog on the scene. No, really. “The more I can be recognized as a fashion icon, the more that...

Our early human ancestor, the Australopithecines, stood at 3-4 feet tall, trudging the savannahs of central/east Africa surrounded by...

Animals: From an Essential for Life to Being Slaughtered for Fashion

The use of animals in fashion is a controversial topic among lots of debates. Fur is definitely the most infamous use of animal skin in...
-

Why Fur May Be More Ethical Than Faux Fur

The rise of fur began roughly 170,000 years ago as a method of survival and keeping warm. Over the years, fur has become a symbolism of...

Belly of the Beast: The Leopard's Legacy

“This world without a leopard… I mean, who would want to be here?!” Diana Vreeland Synonymous with powerful femininity, sensuality and...

From cavemen to catwalk: The ever-changing spots of leopard print fashion

Once seen as tacky and unethical, leopard print is having a vegan renaissance. These days, most people would be disgusted by the thought...
Ifeyinwa Nwefo

How Animal Skins Are Used for Fashion

On this planet, there are different beautiful animals that exist in this world; snakes, zebras, cobras and so on. So, when did animals...

Reflecting on the Use of Animals in Fashion

"I'm just not that into it... plus it's not an ethical option either." A friend responded when asked about her interest in animal...

Outlining the Evolution of Leopard Print

The origin of leopard print Wearing leopard print was originally a sign of wealth and power due to its expense, worn and utilised by...
jadestevenson16

The Environmental Impact of Animal Products in Fashion

The rise of vegan fashion There has been an exponential growth of veganism in the United Kingdom throughout the last two decades,...

Leather is still undoubtedly the most widely used form of animal material for fashion goods. However, it is not without ethical and...

CW: Mentions of animal abuse. The fur trade is responsible for the murder of millions of animals every year. With the use of fur farms,...
heema17

A History Of Animal Prints in Fashion

A staple symbol of power that resonates throughout the decades. Let's delve into and question the history, power, and movements into...

The Life Cycle of Animal Print That Never Dies

Animal print has had a prevalent stance within the fashion industry since prehistoric times, yet perhaps for different reasons. Cavemen...

Pets are a common feature in a lot of people's lives. In fact, I bet you could list 10 people you know with either a cat or a dog....
-

How a Digital Dress Is Helping to Save Your Favourite Animal

Cruelty Free Fashion Is Not Just For Vegans

Veganism is becoming mainstreamed in today’s society. With vegan alternatives taking up whole shelves in supermarkets and plant-based...

How Fast Fashion is Cruel to Animals

Fast Fashion has grown in popularity as consumers desire is to have high-fashion designs at a lower cost. With the closure of retail...

Do we Really Need to Wear Clothes Made From Animals?

Questions that I’ve always thought about is; is the enslavement, exploitation, and the subject to torturous treatments that animals go...

Dressed Up to the (Ca)nines for Fundraising Events

Fundraising events can be tricky to organise. It often takes something truly spectacular to make us part with our hard-earned cash....
Imogen Steel

Vegans don’t only change their diets, they change their lifestyles. Many who decide to become vegan are spurred on by the urge to protect...
harrietillidge

"I live for furs. I worship furs." Since appearing on the cover of Vogue in the 1920s, animal print has been a contradictory point of...

Ah, the first lockdown. Whipped coffee, botched haircuts and the topic of my article today: Tiger King. I personally watched the hit...
1
2